We’ve all fantasized about winning the lottery at some point, but how would you feel if a €0.50 bet changed the course of your entire life?

Well, there’s at least one person doesn’t need to imagine it, because it’s exactly what happened to a new Casumo user from Finland, who won the earth-shattering sum of €3.04m.

The player achieved the marvellous win by betting the humble sum of just €0.50 on the Joker Millions slot game and triggering the bonus.

“We’re thrilled to see our players win huge cash prizes,” said Anna Pistika, Casumo’s head of casino. “It’s particularly pleasing that it’s a new customer, proving that anyone can win, at any time.”

“This also shows the power of high-quality progressive jackpots such as Yggdrasil’s Joker Millions, and the excitement they create. Huge congratulations to the winner from everyone at Casumo.”

Joker Millions, produced by Yggdrasil, is one of the software provider’s most popular global progressive jackpot games.

With a built-in jackpot, rewarding base game, and intuitive gameplay, it has become a firm favourite with progressive jackpot hunters, who can easily play it either on mobile or on desktop.

Small wonder that Yggdrasil’s games are so popular and sought-after – the massive win by the Finnish player is the third major jackpot prize to fall on Yggdrasil progressive slot games in less than 12 months, and the second on Joker Millions alone.

Meanwhile, in April 2019, one lucky Betsson player had a very happy Easter indeed, when a meagre €1.25 laptop bet turned into a whooping €3.1 million jackpot on Empire Fortunes.

Together the three jackpots have paid out a total of €14m in just 10 months. 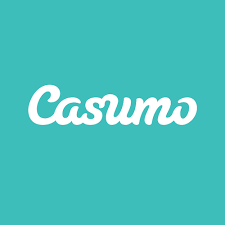 “This is a dream come true for such a new mobile player and we’re thrilled it took place on Casumo, one of our major partners.

Established in 2012 Casumo – one of the top casino operators in the industry – has recently undergone a more understated makeover. However, at heart, it’s still the same fun, quirky casino loyal customers have grown to love.

New players at the Malta-based and licensed casino are eligible for up to €1,200 of bonuses over their first five deposits into their new account, plus 200 free spins. The casino has hundreds of games to choose from, ranging from popular slots to live casino.

The casino is also well known for its Reel Races, which run every half an hour, 24/7, and offer €2,000 in cash plus hundreds of prizes every day. And speaking of 24/7 availability, the casino offers live chat support all hours of the day, giving its players total peace of mind.