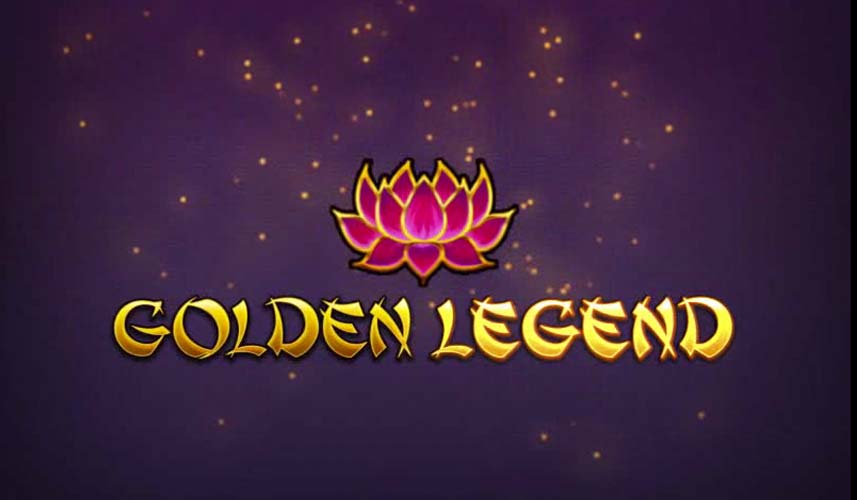 Win a maximum payout up to 1 million coins!

Golden Legend is a 5 reel, 50 payline video slot game developed by software provider, Play ‘N Go. The game is set in the Orient with the golden dragon taking prime position on the reels. There is a free spins bonus round with increasing wild stacks and a gamble feature option for those who want to try to increase their winnings.

The reels take up most of the screen; however, there is space for some typical Oriental design which adds to the flavour of the theme. The game is set on a deep purple background and the background of the reels themselves are purple as well. Pink banners hang down on either side of the reels with golden Chinese writing and golden dragons appear on either side of the top of the reels. The symbols include five golden animals – a tiger, a dragon, a tortoise, a swan and fish, as well as colourful high playing card values. The gold and red dragon is the scatter symbol and is the key to triggering the free spins bonus round. It lands only on reels one, two and three. The golden ingot is the wild symbol and it substitutes for all other symbols, except the dragon scatter symbol, to help complete a winning combination.

Landing the gold and red dragon on reels one, two and three will activate the free spins bonus round. Players will be awarded ten free spins with increasing wilds available on each spin. Two extra wild symbols will be added to the reels on reels two, three, four or five. These symbols will stack so that as the feature progresses, the symbol stack will get longer, offering even more chances to hit winning combinations. The free spins can be re-triggered once from within the feature.

After every winning spin players will be given the option to gamble to increase their winnings. If you choose this option, you will need to correctly guess the colour or suit of the next playing card to be drawn from the pile in order to double or quadruple your winnings. A wrong guess will lose your winnings from that round.

Become a legend as you start playing the Golden Legend slot game and spin up winning opportunities on every spin, particularly during the free spins bonus round with its extra wild symbols.