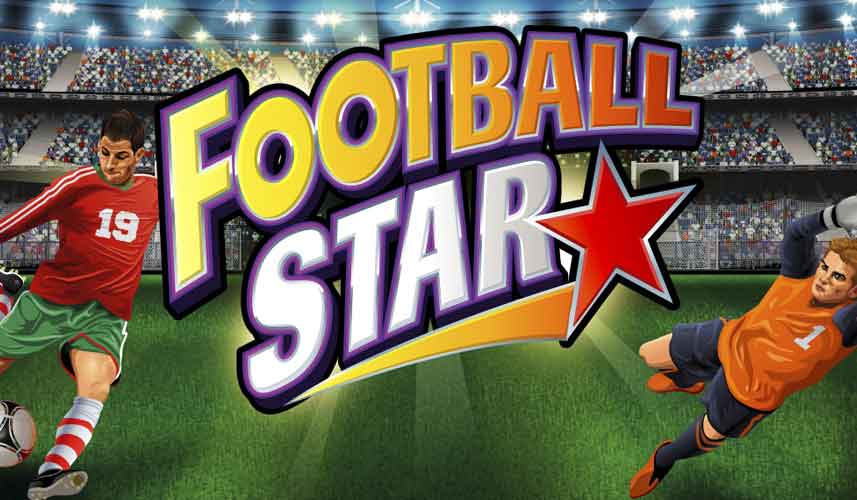 Have you ever dreamt of being a football star? Here's your chance!

Football Star is a 5 reel video slots game from Microgaming. The football-themed game was released during a World Cup year and it offers 243 ways to win. Players can benefit from a random striking wild feature, a rolling reels feature and a free spins bonus round with increasing multiplier values.

Football Star is set in the middle of the football field with the reels surrounded by a full stadium of excited fans and spotlights shining from above. The symbols in the game include five players of different nationalities in the middle of different plays, as well as a football pitch, football boots, a referee and a football shirt. The ball is the scatter symbol and is the key to the free spins bonus feature game. The Football Star logo is the wild symbol which can appear stacked on reels 3, 4 and 5 and which substitutes with other symbols to complete winning combinations.

The Striking Wild feature is triggered randomly in the base game. It will turn the entire middle reel wild. If this does not result in a winning payout, the reels will re-spin until you hit a winning combination.

Three, four or five ball scatter symbols landing anywhere on the reels will trigger the free spins bonus round and will award 15, 20 or 25 free spins respectively. The rolling reels feature is active during the free spins and each consecutive win will increase your multiplier value to 2x, 3x, 4x, 5x and then 10x your win.

Whether you are a football fan or not, you are sure to enjoy the possibilities for winning in this action-packed game. Try out Football Star Slot when you play at IrishLuck.