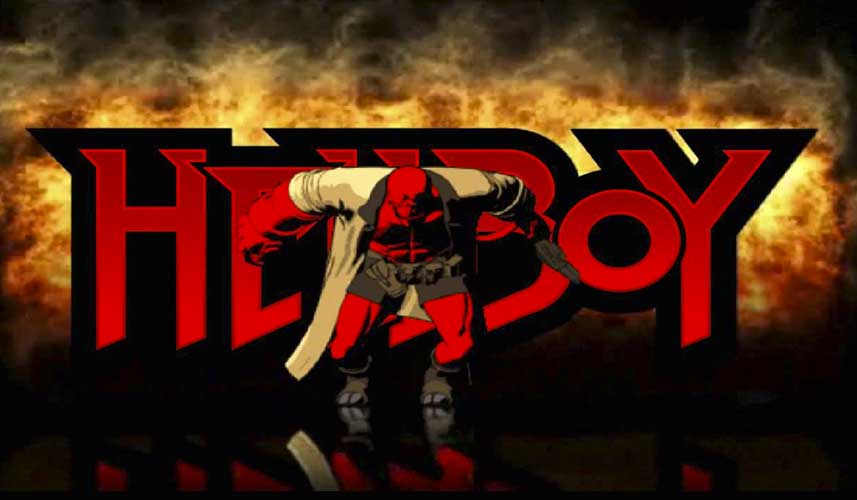 This is a great online slot that is based on the famous comic!

Hellboy is a 5 reel, 20 payline video slots game, based on the red-horned demon character who works for the United States Bureau of Paranormal Research and Defense, from the Dark Horse comics.The game includes a scatter symbol, wild multiplier symbol, free spins round and bonus feature game. There is a 10,000 coin maximum fixed jackpot.

The graphics in the game will be familiar to anyone who knows the comic. The game is set on a city backdrop with symbols on the reels including the right hand of doom, Hellboy, Liz Sherman, Abe Sapien, Johann Krause and Professor Bruttenholm, as well as high value playing cards. The game includes a scatter symbol and a wild multiplier symbol which doubles any wins it helps to create.

The game has a Supermode bonus feature which triggers randomly. You will be awarded ten free spins with three wild symbols which will remain in place throughout the free spins.

If you get through all four levels, you will get to the Chamber of Fire where you will find a crystal. Shoot at the crystal to reveal a bonus prize with the Relic of Power.