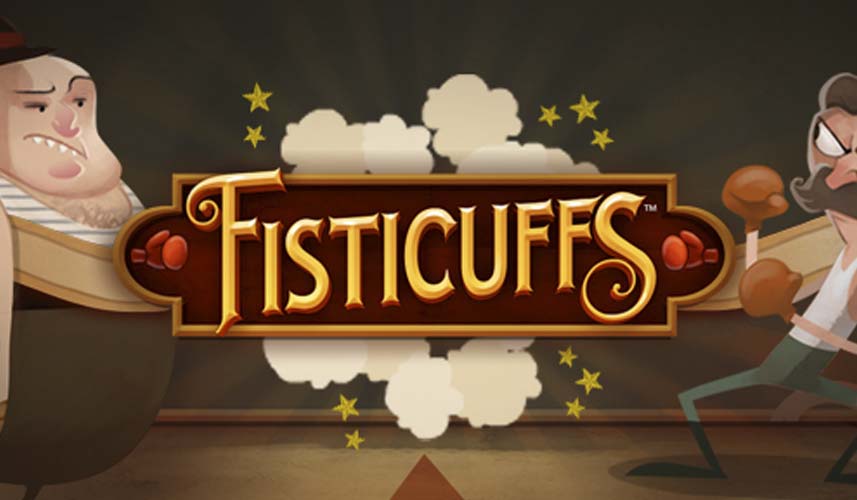 In Fisticuffs all the action takes place in the base game!

Fisticuffs is a 5 reel, 10 payline video slot game from software provider, Net Entertainment. Set in the 20th century, the game has a boxing theme and offers plenty of action with the graphics, as well as the Boxing bonus feature which has two mini features – Straight Wilds and Diagonal Wilds – each with a free re-spin.

The game is set in the middle of a boxing ring with the audience visible behind the ropes on either side of the reels. The background of the game has a deep red hue with the reels surrounded by a gold border and ribbons. The symbols include a pair of boxing gloves, a trainer’s stool, a championship belt, a gold trophy, a bell, boots and a spit bucket and towel. There are two wild symbols – a big boxer with a hat which is the straight wild and appears only on reel 3 and a boxer with a moustache which is the diagonal wild and appears on reels 2 and 4 only. There is also a special wild that is available only during the re-spin feature – the star wild which appears only on reels 1 and 5. All wilds substitute to help create winning combinations.

Fisticuffs Slot is a fun game with all the action taking place right in the base game for extra chances to win as you spin the reels. Try it out at IrishLuck and you could win this bout.